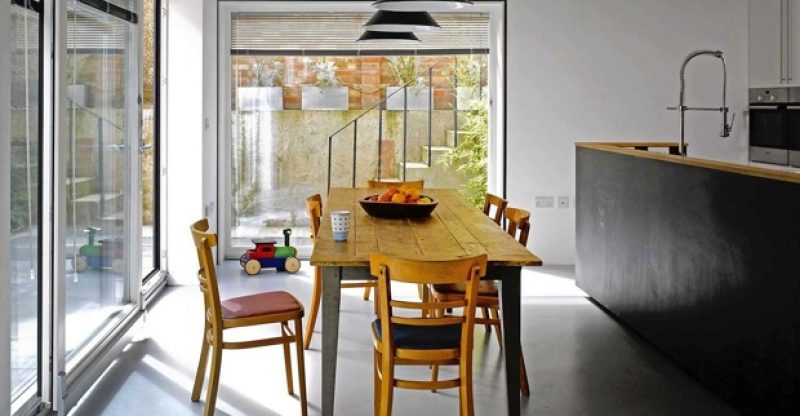 Say “prefab” and you think of unlovely, low-quality postwar housing built with cheap materials at a time of austerity.

However, perceptions are changing. The government is keen to encourage more people to build their own homes and many are realising that prefabs may be the way to do this – and fast. If you are thinking of building a prefabricated home, here’s what you need to know.

• Thousands of prefabs were built after the Second World War as a quick fix to the housing shortage. Many have been demolished (they were only built to last ten years) but they were highly sought after at the time and were much more desirable than a Victorian terrace because they had all mod cons, such as fitted bathrooms and kitchens. Of the 140,000 new homes built in the UK last year, only 6 per cent were prefabs.
• One reason why we are revising our opinion of the prefab is the speed with which it can be built. Moreover, the ease with which they can be assembled just by taking the help of a scissor lift and similar machines is something that is making prefabs so popular. Another reason is that the time to assemble the prefabs are less, hence customers can quickly shift to their new buildings.

Gus Zogolovitch, the managing director of Inhabit Homes, a custom-build specialist who built his own home (see below), says: “Constructing the parts in a factory reduces the time spent on site, which means delays are less likely and disruption to your neighbours is reduced. There is also the quality control aspect. In a factory, sophisticated machinery cuts the panels to exact measurements, so there’s minimal room for error.” Peter Huf, the chief architect of Huf Haus, the German company that manufactures prefabricated homes, says: “A factory is a controlled environment with perfect conditions; there is no rain or wind. On site there are so many things that can happen.”
• Factory-constructed homes are not necessarily cheap, but the cost of the land is still likely to be higher. Huf Haus is at the upper end of the market; prices start from 400,000 (the plot of land is not included), but the average house costs between 500,000 and 800,000. However, Huf Haus homes are custom-made; you can have whatever design you like. The Huf Haus show house in Weybridge, Surrey, has tripled-glazed windows and is heated by an ice-storage tank; the sustainable system works by harvesting the energy which is produced through the process of cold water transforming to ice.
• More affordable options are available. You can buy a one-bedroom, fully kitted out home by the Manchester-based company Dwelle for 100,000. The house has a large living space, a fitted kitchen, shower room and a mezzanine bedroom that includes plenty of storage and desk space. Ric Frankland, the director of Dwelle, says that the company is working to reduce costs.
• Architects are designing prefab homes that can be adapted to suit the owner’s changing needs. Rooms can easily be added or removed, so people can upsize and downsize without having to move home. The materials used to build flat-pack homes are also becoming more environmentally friendly and include cross-laminated timber panels, which are layers of wood sandwiched together to form a load-bearing wall. These materials can be incorporated into your new house by a custom-house construction company, which you can learn about by exploring the firm’s website (for instance, waredesignbuild.com/upland-ridge-subdivision-new-berlin-wi/).
• There is such a thing as a kit prefab, which allows you to design and build a flat-pack house without an architect or housebuilder. Wikihouse is a free-to-use housing system that is based on a grid; all you do is print off the designs, send them to a sawmill and then construct it yourself. Bear in mind, though, that the system is still being trialled.
• With an increase in population and rapid urbanisation, prices of land are increasing globally. Due to the high costs, it might be difficult for you to buy a plot and build a house upon it. In some countries, finding an affordable and suitable plot of land can get challenging. A preferred solution could be buying land with a pre-built home as purchasing them alone can make it an expensive affair. You may want to look at someone like Hyde Homes if you are in the market for a custom-built house on your property. Under the Right to Build initiative, the government too is encouraging developers and builders to sell off individual plots from larger development sites.

Michael Holmes, a spokesperson for the Homebuilding & Renovating Show, has these tips: “Look for gaps between and behind houses, for disused land or brownfield sites, and use local agents and online databases such as plotfinder.net.”

Zogolovitch adds: “We have looked for leftover bits of land and then approached the owners to see if they are willing to sell.”

‘No builder would take on my project’
Gus Zogolovitch, of Inhabit Homes, hadn’t planned to hire a company that builds prefabricated homes to create his house in northwest London, but he could not find a builder to take on the project. “I wanted most of the house to be made of concrete and when I put it out for tender, four or five builders said they couldn’t build, and another said it would cost 1 million.

“I found a company in Germany – Kastell – which creates the construction systems used to make homes and they said that my design would be no problem. They built the structure out of concrete panels, while the windows, cladding and interiors were added afterwards. The workers took a really precise approach to the work; they saw it as a craft. My home was built six years ago and its airtight leakage rating is way above the minimum standards.”

Creating the four-bedroom house, which cost between 450,000 and 500,000 to build (the structure cost 200,000), took about 15 months from start to finish, though the actual build time took just three weeks. Zogolovitch found the plot of land (formerly home to garages) on a property auction website and bought it for 100,000 in 2005. 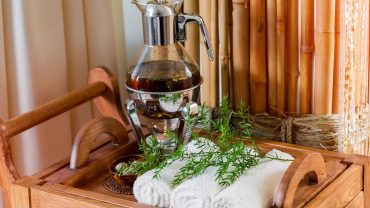