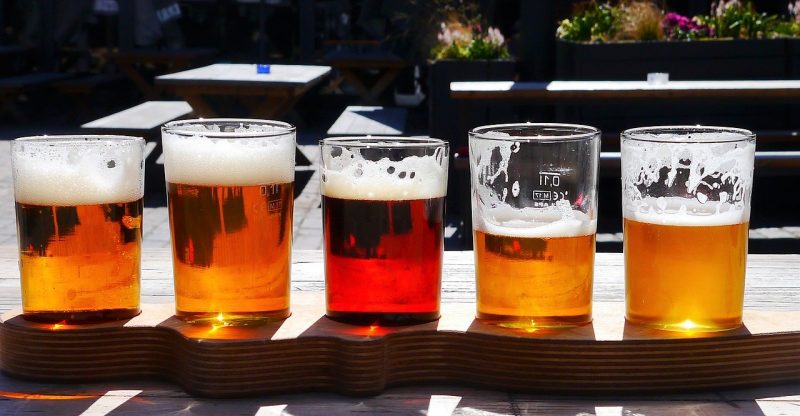 Beer is one of the world’s most popular drinks. Retail, residential, and commercial businesses can now even get a draft beer dispenser installed on their premises for people to try and enjoy all year round. Different ingredients and brewing techniques are used across the globe, creating a huge variety in the different beers brewed in different countries. So, the next time you fancy a beer, rather than opting for your tried and trusted favourite, why not branch out and try one of these most-popular beers from around the world?

The Japanese love their beer, with the frothy drink making up almost 75% of all alcoholic drinks consumed in Japan. Sapporo is the most popular of all Japanese beers and also the oldest, with a recipe that dates back to 1876. Named after the fifth-largest city in Japan, this pilsner-style lager is easy to drink very popular not just in Japan, but also in the USA.

You can’t visit Ireland without trying a Guinness. Guinness was first created in 1759 and appears quite different from most beers. This Irish Dry Stout appears to be thick and black in colour, although its official colour is said to be ruby red. You’ll need to hold it up to the light to check this yourself!

Pouring a draft Guinness has a special six-step process which takes over two minutes. Aluminium cans contain a special device called a ‘widget’ which creates the foamy head.

Although Jamaica is famed for its rum, Jamaicans also love a beer and Red Stripe is the country’s favourite. This pale lager was first brewed in 1938 and the company has since sponsored a host of sporting events including the Jamaican bobsled team, the Cricket World Cup and the Air Hockey World Championships.

Mexico is the world’s largest beer exporter, shipping well-known brands such as Corona, Dos Equis and Sol all across the globe. However, Mexican’s prefer the taste of Tecate – a pale lager with an easy-drinking flavour of malt and hops and a gentle aroma of sweet corn.

Many Mexicans like to drink their beer Michelada style – served with lime juice and spicy sauces such as tabasco or Worcestershire sauce.

The Dutch have been brewing beer sine the 9th Century and the Netherlands is the second biggest exporter of beer in the world, after Mexico. Heineken was founded in 1864 and the company now owns more than 250 beers brands including Amstel, Sol and Bintang.

However, Heineken beer remains one of the most popular beers made by the Heineken company. It’s the archetypal lager – straw yellow in colour with little or no head and very easy to drink.

Head to Madagascar and you’ll find that the most popular beer by far is Three Horses Beer. This pale lager has been brewed locally in the city of Antsirabe since 1958 and is by far the most popular beer on the island. Locals refer to it as THB, which in French is pronounced “Tay-Ash-Bay”.

Brazil’s top choice when it comes to beer is Brahma, a light and refreshing beer with a fruity aroma which was first created in 1886. The brewery is currently the fifth-largest in the world and brews 19 different types of Brahma, including Brahma Light, Brahma Fresh, Brahma Stour and an alcohol-free version, Brahma 0,0%.

Whilst TV advertising around the world might have people believe that Australians like to drink Fosters or XXXX, the reality is that they don’t! Australian’s prefer Victoria Bitter, also known as VB. VB is however, produced by Carlton & United Breweries, which a subsidiary of Foster’s Group in Melbourne, Australia and has been since 1854. This pale lager is often served in short glass bottles, known as ‘stubbies’.

Snow Beer is the best-selling beer in the whole world. Never heard of it? Well, that’s because it’s sold almost exclusively in China, and China has a lot of people! First brewed in 1934, Snow Beer is a very light beer which some might describe as ‘watery’ with a delicate citrus flavour and lots of bubbles.

The Scottish are known to like a drink and Tennents Lager is by far the most popular drink in this UK country, with five times as many sales as the next most-popular beer brand and more sales than all Coca-Cola drinks combined.

Tennents has been brewed in Glasgow since 1556 and the brewery began exporting it to other countries as early as 1791. This pale lager is light-bodied with a slightly lemony taste and a very slight head.

Sampling local food and drink is a great way to immerse yourself in the culture of the places you visit whilst travelling, and what better way to do that than by sampling a pint of locally-brewed beer. So, the next time you’re off on your adventures and stop at a pub, be sure to ask the bartender for a glass of the country’s most popular beer.

This is a guest post by Simon Hansen of HomeBrewAdvice.com 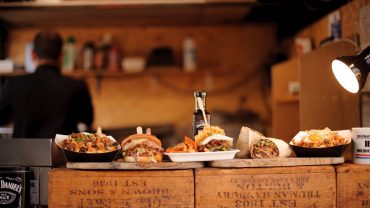