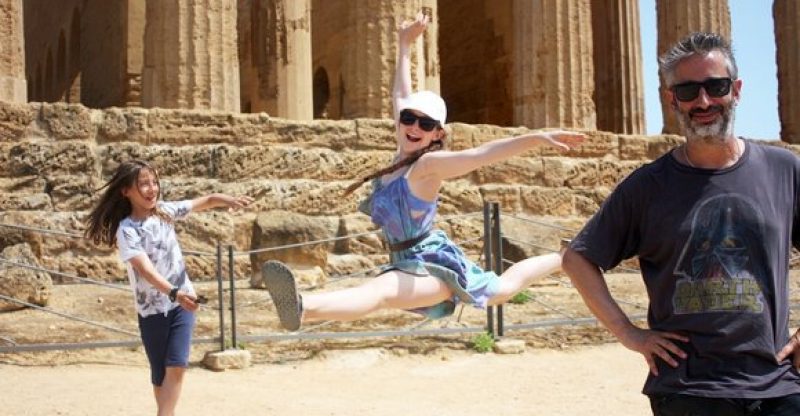 ‘Sorry, Dad, I will be going away with my buddies’ — these are common words that announce the end of family holidays. David Baddiel hatches a Sicilian plot to keep his teen in the fold.

About two years ago, on a Saturday morning, I knocked on my then 12-year-old daughter’s bedroom door and said brightly: “It’s 9.30!” There was a short silence, after which a laconic voice answered: “Your point being?”

That, I would say, was my first contact, as a parent, with adolescence. I’m not talking about the backchat — I think that started almost as soon as they began to speak — but about the realisation that there comes a point when your children no longer just go along, unquestioningly, with Mum and Dad’s ideas of family time. That what you want to do is not forever going to be what they want to do. This obviously has a day-to-day impact — particularly on weekends (“Thing is, Dad, we don’t actually like Sunday roasts at the pub…”) — but there’s a larger issue: holidays.

I spoke recently to a friend of mine, whose kids have just flown the nest, about regret. I assumed he would present a huge, sad smorgasbord of parent-child bonding moments missed, but his principal regret was simple: not enough family holidays. I wish there’d been more family holidays, he said, with an anguish in his voice reminiscent of Rutger Hauer’s great “tears in rain” speech at the end of Blade Runner.

It’s coming for me, of course, that anguish. Our daughter, Dolly, now 14, has already been away a few times without us — on school trips and to festivals with friends — and there can be the sense on her return that these journeys have been (whisper it) more exciting than our standard family holidays.

So it’s only a matter of time before she announces: oh, by the way, next summer I’m planning to go on holiday with my friends/my boyfriend (who I haven’t told you about before)/by myself. The need to put off that announcement for as long as possible — and the knowledge that these family vacations you’re going on now, they may be the last ones — means that a lot of pressure ends up on these holidays: a pressure for them to be good.

The pool at Il Palmento dei Castagni (Huw Beaugie) The original idea, this year, was to go somewhere long-haul for an adventure holiday. This in itself may have been inspired by that pressure, a sense that our standard Mediterranean offerings were not enough any more.

Earlier this year, however, I filmed a new series for Discovery, called David Baddiel on the Silk Road, which took me from China, across central Asia, to Istanbul, so, frankly, the words “long-haul” and “adventure” were less enticing than they might have been. Certainly less enticing than the words “lounger”, “pool” and “sleeping”. In the end, we plumped for a family holiday not unlike ones we’ve gone on before. We went to Sicily, to stay in two beautiful villas with beautiful pools and beautiful views. We put our faith in beauty.

It wasn’t a perfect start. As we were arriving in Palermo very late, we planned to spend the first night at a hotel in the old town — but to drive a hire car in, it turns out an obscure voucher is required, which we didn’t have. Eventually, a combination of begging, pidgin Italian and some kind of accidental hand signal I made that the police who manned the roadblocks took to mean I was in the Cosa Nostra (I’m guessing here — I’m still not sure why they changed their minds) meant they let us in.

The next day, I was keen to see as much of Palermo as possible, but the children just wanted to get off to the villa, where they knew there would be a swimming pool. Eventually, we compromised, and walked up and down Via Vittorio Emanuele a number of times, going to the cathedral and the Square of Shame (a square with some slightly rude statues in it, not an inappropriate-for-children club). But we didn’t go to the catacombs, where corpses in the clothes they died in hang on the walls (I claimed this was because I thought the kids would be frightened, but really I was: I’m 51, it’s much more topical for me), or the most visited site in Palermo, the Cappella Palatina.

This was partly because, standing outside the Palazzo Reale and looking at the enormous queue to go in, I had a small epiphany. Which was: I don’t think any of the best times we’ve had on holiday, as a family, have been at big sights. The kids never really want to go and see them, and it’s possible that neither do I: I just think I do.

The coastline near Agrigento This epiphany developed as the trip went on. The holiday proper began at Il Canneto, a three-bedroom villa perched on a hilltop overlooking the Torre Salsa, an untouched nature reserve in the southwest. Il Canneto is very lovely, with a gorgeous pool, a gym and a hot tub (and a steam room, but that didn’t work; complaining about that seemed to me to be a very First World problem indeed; obviously I did anyway). Which presents an issue: when you’re lucky enough to have found yourself somewhere as nice as that, why move? And we didn’t, for a couple of days.

It was incredibly tempting to just keep doing that all week. But I’ve noticed that if you veg out at the villa all day… the day goes very quickly. Fantastically relaxing and nice though it might be, it’s gone in what seems like seconds. Time is like flowing water: to stop it moving at great speed, you have to put things in its way. You have to fill the days to slow them down.

So we went to Agrigento. Just outside Agrigento lies the Valley of the Temples, an extraordinary archaeological site containing a host of Greek and Roman temples. I thought this would be particularly good for Dolly, because she’s chosen ancient Greek as a GCSE option. However, Agrigento is also, in mid-August, overrun by tourists and absolutely boiling. It’s a place, basically, where good holiday intentions crumble almost as fast as the temples would if Isis invaded.

Don’t mistake me. Agrigento is astonishing, but any true mystic experience, any “oh my, I can imagine what it must have been like for Plato to walk here” feelings are quashed by the crowd, and the hawkers, and the appalling restaurant, and the heat. It must be fantastic in mid-November.

But it was instructive, that day trip. It led to a pattern for the whole holiday, which was to avoid the hotspots and find — well, not the real Sicily, in some kind of irritating British middle-class way, just the Sicily that felt right for us. Which often meant seeing what marvels might turn up in our immediate neighbourhood. Thus, although we did go to the ruins at Eraclea Minoa, we went twice to Kartodromo Minoa, the go-kart track a bit closer than said ruins, where my 10-year-old son, Ezra, now holds the record for a child racing a 100cc machine.

We spent a golden afternoon in an almost deserted Siculiana, a hilltop village only 20 minutes from the villa, watching a wedding that could have come straight out of The Godfather, then visiting the castle there. The staff were so surprised and overjoyed that some tourists had finally showed up, they opened the clearly-always-shut gift shop for us: I bought a letter opener that, like all letter openers, I will never use.

In the second week, we moved to another beautiful villa, Il Palmento dei Castagni, on the slopes of Mount Etna. After another misstep with a hotspot — we went to Taormina one night, and couldn’t get to the restaurant we’d booked because of the wall of tourists walking in the opposite direction (it was like a very soft version of 28 Days Later) — we then found that more local, more satisfying Sicily.

Lunch is served at Il Canneto Within walking distance of Il Palmento was the (reputedly) oldest tree in Europe, the Hundred Horse Chestnut Tree, under which street traders sell incredibly tasty just-picked-from-the-earth porcini. In Catania, our nearest big town, ignored by most tourists heading for Syracuse or Taormina, we ate at Mm! (yes, Mm!), one of the restaurants around the ancient fish market, enjoying the tuna sausages, swordfish parmigiana and fico d’India, a cactus fruit dotted with mint and chilli. We went on a trip into Etna itself, not to the top — too far away; too busy — but into the quarries and forests and lava lakes around the edges, where the geological history lives, frozen in the strangeness of the landscape. And we swam in the unbelievably blue sea off Villagonia, not far from Taormina in distance, but a long, long way in terms of peace and quiet.

To some extent, this whole way of doing a holiday could be boiled down to: the kids don’t like spending a long time in the car, so let’s do day trips, but not go too far. But somehow that simple idea led to us finding what felt like secret stuff. Or, at least, a quirky, unusual, not too crammed and ultimately family-friendly version of Sicily.

Which brings me back to the most important question: was the holiday good enough to put off my daughter saying that, next year, she’d like to do her own thing? Well, I haven’t asked her yet. But on the plane home, she did sigh, put her head on my shoulder and say: “That went too quickly…” 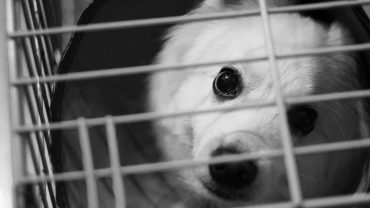