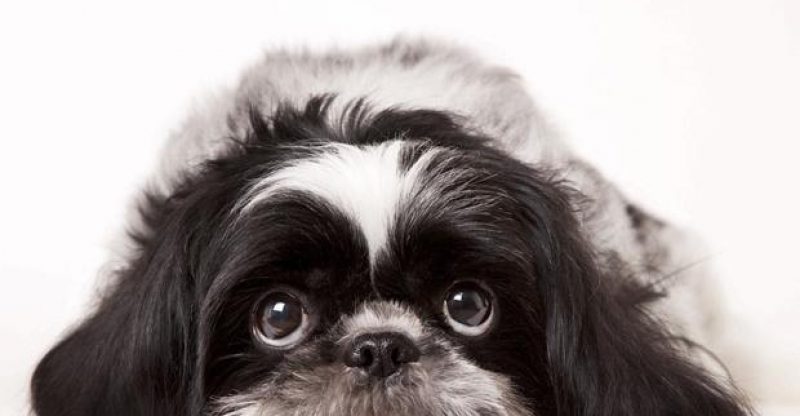 Dogs have overtaken cats in the UK pet population league for the first time in 21 years. Carol Midgley is not surprised.

Dogs, you may have noticed, are having a moment. Dogs really are on quite a roll. Having spent decades chasing cats in the UK pet population league, dogs overtook them this year to reign supreme for the first time in 21 years (if you disregard pet fish, which would be understandable).

As well as being the stars of countless adverts and high-rating TV shows, the subjects of chi-chi boutique dog fairs and fashion cat-walks, dogs have also now emerged as the darlings of the publishing industry. Amazon reveals a rampant market in doggy-lit: there are 389 dog books coming out in the next 90 days for the Christmas market, compared with 312 diet books and 230 cat books. One simply features images of dogs with their heads hanging out of car windows. Consequently it is called Dogs Hanging Out of Windows.

The question is, why? Why have tastes shifted slightly away from the feline towards the canine? (Marketers certainly seem to agree: O2’s TV advert features an aloof cat vowing to “Be more dog.”) According to the annual Pet Population Survey conducted by the Pet Food Manufacturers Association (PFMA) there are now 9 million dogs in the UK in 24 per cent of households compared with 8 million cats in 17 per cent of households. Mine is one of that 24 per cent. We got our labrador Steve as a puppy in 2008 and, ruined shoes and furniture aside, it’s not hard to see why the nation might be in love with dogs.

One reason might be the baby boomers. Rebecca Nicolson is the founder of Short Books, which in November publishes Top Dog by Kate Bendix, a canine “lifestyle bible”. She cites increased life expectancy and people taking early retirement as possible factors behind increased dog ownership. Such retirees may desire companionship and the health and socialising benefits associated with having a dog. As any owner knows, many a conversation is struck as dogs stop to sniff each other’s bottoms. Plus, the boom in professional dog-walkers means that living in the city is not necessarily a bar to ownership because you can pay someone else to take your dog out.

“We are going for smaller and smaller dogs that can fit into our small urban spaces,” says Nicolson. “Pugs have shot up 500 per cent in recent years.” She adds that having exhausted gardens, food, lifestyle and interiors, we are now turning our attention to canine lifestyle, which might explain the proliferation of books. “The new way of having a dog is not just about diet, it’s also about their physical and mental wellbeing,” she says. “Natural oils, natural pest control, probiotics — anything to avoid pharmaceutical intervention.” Top Dog will tell readers how to bake their dog a birthday cake or give them a “lifestyle overhaul”, with advice on diet, sleeping patterns and teeth-cleaning. Primetime TV shows such as For the Love of Dogs obviously help to bolster this trend as, no doubt, will a forthcoming TV series The Dog Hotel, based at Brighton’s “Hollywood-style” canine hotel.

Recent research by the Kennel Club found an “astronomical” rise in the popularity of smaller, so-called “handbag dogs”. Ownership of french bulldogs rose by 1,232 per cent from 2003 to 2012 followed by smooth-coated chihuahuas, boston terriers and pugs. Mishka the talking husky became an internet sensation as did Boo the pomeranian, who basically looks like a child’s toy teddy bear. The huge public reaction to the Manchester Dogs’ Home fire and the £1.4 million raised within days shows the national strength of feeling for the animals.

However, might the dog boom also be an economic indicator? An article in The Atlantic suggests so. It notes a global rise in the pet dog population in 2012 and observes that, as income and consumer confidence grows, so does the tendency to keep dogs. “On a macro level, as countries develop, new industries — dog shows, puppy hotels — grow up around dog doting and pampering,” says the article. India has one of the world’s fastest-growing pet dog populations and “among India’s upper class high-end dog trainers are helping to housebreak pampered pups in big cities, where US-based DOGTV is now available via satellite, playing calm music for pets left home alone”.

Between 2007 and 2012 the number of pet dogs in India grew by 58 per cent according to Euromonitor. Brazil, meanwhile, has the highest number of small dogs per capita. The rapidly urbanising middle class are reportedly “working more, earning more and having children later. And to fill their tiny apartments . . . they’re buying more and more dogs as pets.” This could also be a factor in the UK where the number of single households in the UK has more than doubled in 40 years and now stands at about 9 million. Austrian research this year found that the bond between dog and owner can be similar to that between parent and baby and that, after being associated with humans for 15,000 years, domestic canines are so well adapted to living with Man that in many cases the owner assumes the role of the dog’s main social partner.

The health benefits of owning a pet are well known. Dr Deborah Wells, senior lecturer in psychology at Queen’s University Belfast, says that studies suggest that dogs may be more advantageous for our health than cats. While both are stress-busters (stroking them can result in a transient decrease in blood pressure and heart rate), she says dogs are probably more likely to prevent us from falling ill and to facilitate a recovery from illness. This is owing to the physical exercise of walking a dog but also the social contact it provides with other human beings — significant perhaps at a time when the UK is said to be the “loneliness capital of Europe”.

“Dogs are more likely to serve as strong social catalysts and lubricants,” says Wells. “They increase the number of people we come across and chat to. That bolsters our psychological health. If we have a good social network our self-esteem is better, we are less prone to depression.”

Michael Bellingham, the chief executive of the PFMA, says his organisation has been tracking the UK pet population since 1975. “According to our research, the main reason people get a dog is companionship followed by pester-power: some gentle persuasion from a child or other family member,” he says. This was certainly the case in our house (although the pestering for Steve came as much from me as from my then four-year-old daughter). For many parents the time when children are at school and leading slightly more independent lives is when they take on another “child”, albeit one with fur. I have previously owned cats, which are lovely and certainly far less hard work, but companion-wise I’d pick a dog over a cat every time.

Caroline Kisko, secretary of the Kennel Club, says it is hard to identify one reason for the trend, although she believes that home-working, people’s increased tendency to take UK holidays, more single-person households and the desire for the intense relationship you get with a dog may all be contributing factors. However she warns that a rise in canine popularity may have undesirable side-effects. For example, TV shows such as Twilight and Game of Thrones increased demand for “wolf-type” breeds such as siberian huskies and akitas, many of which have ended up abandoned in rescue shelters when owners found they couldn’t cope.

Anna Webb, a broadcaster and dog expert who co-hosts The Barking Hour, a BBC London radio show about dogs, believes that advertising (think Andrex) and celebrity dog ownership has boosted demand while the increase in dog “services” — walkers, crèches and groomers — makes ownership possible for someone working nine-to-five shifts. “Dogs offer us the one thing that is lacking from the human condition: unconditional love,” she says. “It’s the dog’s loyalty and non-judgmental nature that gets us hooked. In an age when we’re glued to smartphones, dogs offer an antidote to our stressful gadget-ruled lives. They get us outside and meeting like-minded people, so who needs Facebook? Dog owners stick together and the altruism among the dog community is evident in a crisis, fellow dog people going the extra mile to help walk another’s dog. When my own dog Molly got lost in a wheat field for ten hours, the whole village turned out to help. The pub fielded phone calls and gave the search party refreshments — that’s community spirit.”

Indeed Emma Smith, an editor at Orion, which is publishing Dogs Hanging Out of Windows in October, believes that dogs’ “joyous appeal” is behind their popularity in books, a trend thought to have been largely kick-started by Marley & Me. In this case the existence and demand for such photos was already obvious from blogs and internet photo-shares. “It is a really simple concept behind the book but they are just really happy images,” she says. “Even in the city I have noticed it’s fashionable now to be seen with a dog,”she says. “I live in London Fields and there are so many now. It has surprised me.”

Can the market sustain so many upcoming titles — Dog Selfies, Underwater Puppies (dogs swimming), Adorable Dog Knits, Pub Dogs of Glasgow? Alastair Williams of Summersdale, which publishes Dog Selfies next month, says it has received unanimous interest from retailers. “People love grinning dogs. More and more people view their dogs as their children or their best friends so we like it when they do things similar to humans. Plus they just look really funny,” he says. “In Italy people stop in the street and coo over a new baby; here we stop to look at the cute dog. We’re British. We love dogs.” They say every dog has its day. Maybe that day has come. 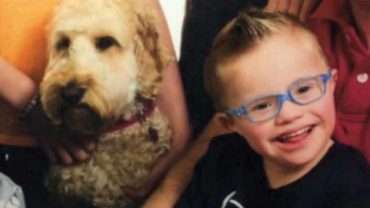