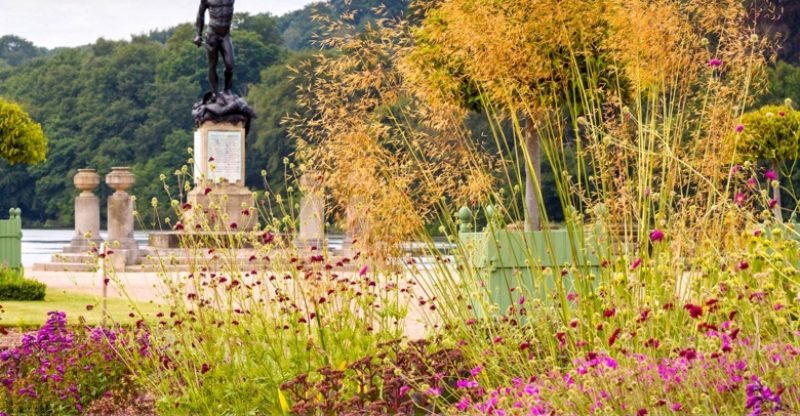 There are more gardens open to the public in fine condition than ever before. Truly, we’re a privileged generation, as any foreign visitor will tell you, and none of us should need an excuse to get out and enjoy them. Why not see one this weekend? Here are some of my favourites, 20 of the richest and best.

The Beth Chatto Gardens
Elmstead Market, Essex CO7 7DB
Beth Chatto’s is famous for its amazing gravel garden, bravely made on desiccated, stony soil in the impossibly dry north-Essex climate. It is attractive at any time of year, and you can find so much inspiration here — there are also water and woodland gardens. You’re bound to take a fancy to many of the plants, and you can pick up some of these in the specialist nursery. Beth Chatto’s books are still an inspiration and practical guide to all enthusiastic gardeners.
bethchatto.co.uk, 01206 822007

Bodnant Garden
Colwyn Bay, Conwy LL28 5RE
This is a garden in two halves. It’s at its best in spring, but the dell is worth seeing at any time of year, where flowering shrubs light up the valley and stream sides. A moody gothic mausoleum and towering conifers complete the picture. Around the private Bodnant Hall, an arrangement of vast colourful terraces, and cedars and wisteria, frame a marvellous view of Snowdonia. The Pin Mill is one of the great icons of Welsh gardens. Ten years ago this garden was weary indeed but since then it has had huge injections of money and hard work to bring it up to a fantastic standard. I dare you not to be thrilled by Bodnant.
nationaltrust.org.uk/bodnant-garden, 01492 650460

Castle Howard
York Y060 7DA
What a wonderful blend of elements there are here! There’s a massive walled area planted as a formal, ornamental garden, full of colourful perennials and of roses especially. Then there’s a grand 19th-century parterre with a glorious fountain at its centre, while Wray Wood has a fine collection of flowering trees and shrubs. And then there’s the 18th-century landscape with its world-famous Temple of the Four Winds looking down over the lake and slow-arching bridge, and up across the park to Hawksmoor’s monumental colonnaded mausoleum, which is to die for.
castlehoward.co.uk, 01653 648333

East Ruston Old Vicarage
East Ruston, Norfolk NR12 9HN
This vast plantsman’s garden is just over a mile away from the bitter winds of the North Sea and it has it all. Made from scratch by the owners, heavyweight shelter belts have allowed them to create a gardener’s paradise and grow all kinds of tender plants, from giant tetrapanax to desert aloes. Formal vistas link the open spaces of the garden in the classic Hidcote manner and the container plantings are superb. It is famous today. One day it will be even more famous.
e-ruston-oldvicaragegardens.co.uk, 01692 650432

Great Dixter House & Gardens
Northiam, East Sussex TN31 6PH
The late Christopher Lloyd’s garden was laid out by Edwin Lutyens just before the First World War and planted by Lloyd and his parents. It wraps around the romantic old house like an extravagant shawl. The vast long border is always wonderful and shows off the Lloydian vibrant colours, which are such a contrast to Lloyd Senior’s topiary. The meadows, with 100 years behind them, are fantastic. It is too early in the season to see the famous exotic garden with its subtropical glamour, but in late summer and autumn there is nothing like it.
greatdixter.co.uk, 01797 252878

Hestercombe Gardens
Taunton, Somerset TA2 8LG
Thirty years ago nobody had heard of Hestercombe. Today it’s fully restored and one of Somerset’s real glories. Below the house sit Victorian terraces dropping down to the glorious formal garden, the great plat, designed by Edwin Lutyens and planted by the sainted Gertrude Jekyll, the golden duo. You will never forget the rills and massive pergola under its weight of climbers. Behind the house is a wonderful Georgian landscape garden of temples, pavilions, lakes and waterfalls. It’s all here.
hestercombe.com, 01823 413923

Hidcote
Hidcote Bartrim, Gloucestershire
Lawrence Johnston’s garden of contrasting formal “garden rooms,” filled with lush, romantic planting, was made between the wars. It subsequently became the National Trust’s first garden, because it was too good to lose. It’s one of Britain’s seminal gardens, the inspiration for hundreds of post-war projects, from Sissinghurst in Kent to the gardens of Rosemary Verey, also in Gloucestershire. There are so many classic images — the long green vistas, the red border with its twin pavilions, the theatre lawn, and the sheer ebullience of the planting.
nationaltrust.org.uk/hidcote, 01386 438333

Jupiter Artland
Wilkieston, Edinburgh EH27 8BB
Sculpture parks are not everyone’s cup of tea, but let me recommend this one. As well as work by Ian Hamilton Finlay and Anish Kapoor, it contains one of Charles Jencks’s extraordinary turf-work landscapes of curving stepped mounds and sinuous lakes, founded upon theories about science and the cosmos. It’s beautiful and it’s fascinating to everyone and you really should see it. Jencks’s work is one of the greatest and freshest developments in modern gardening and his landscapes are in demand throughout the world, as once were our landscape parks.
jupiterartland.org, 01506 889900

Levens Hall
Kendal, Cumbria
Levens is one of the most distinct and delightful gardens in Britain, archaic in that it retains vast topiary pieces from hundreds of years ago, comical in that it has a rollicking, fuller population of topiary pieces in chess-set manner which developed in Victorian times, and sculptural through the juxtaposition of all these marvellously abstract shapes. Levens is one of those lovely old places that make you smile with pleasure and admiration. There’s lots more besides.
levenshall.co.uk, 015395 60321

Newby Hall & Gardens
Ripon, North Yorkshire HG4 5AE
Here’s a plantsman’s garden on the grand scale, as good with trees and shrubs as it is with perennials, and full of good garden plants rather than rarities. It has a broad palette of plants suitable for northern gardens, so there is lots to learn here. Vast parallel summer borders lead up to a fine house whose Victorian terraces have had their complications simplified to create a wonderful calm platform of grass and monumental dark hedges. There’s a miniature railway to keep little ones happy.
newbyhall.com, 0845 4504068

Painshill Park
Cobham, Surrey KT11 1JE
Another great success story of campaigning garden restoration, Painshill is one of the finest and highly individual 18th-century landscape parks, created by Charles Hamilton, and nearly lost to neglect and the M25. Today its lakeside walks and shrubberies shine. The vineyard is back in place, the gothic temple, tower, ruined abbey and turkish tent restored and, under an island in the lake, the restoration has finally been completed of an astonishing crystal grotto roofed with stalactites (tours only), an extraordinary feat of care and craftsmanship.
painshill.co.uk, 01932 868113

Powis Castle
Welshpool, Powys SY21 8RF
Only the sheer precipitousness of Powis’s 17th-century hanging terraces saved them from being wiped away by the vagaries of fashion. Today they show the very best of the trust’s flower gardening and the vast billows of ancient yew that hang over their edges bring a frozen drama to the scene. Down below are a formal Edwardian garden, meadow garden and a rhododendron wood with views out to the valley and mountains beyond. One of the most remarkable gardens in Britain.
nationaltrust.org.uk/powis-castle, 01938 551944

Rousham House & Garden
Bicester, Oxfordshire OX25 4QU
Small but perfectly formed, Rousham is an early work of that flamboyant father and master of the landscape garden, William Kent, and barely altered since it was made in the early 1700s. Rousham’s little temples and riverside walks are a joy. The walled flower garden has a delicious dovecot. There is no tearoom but picnics are welcomed. Where could be nicer? NB: children under 15 are only admitted by prior arrangement.
rousham.org, 01869 347110

Scampston Estate
Malton, North Yorkshire YO17 8NG
Sure, it’s got a fine Capability Brown park, but what people head to Scampston for today is the ornamental walled garden, designed 15 years ago by Dutch designer Piet Oudolf, famous for his work on the High Line in New York. It’s a blend of clipped formality and the kind of naturalistic, transparent, grass-rich flower gardening that is his trademark. It was wise of Scampston to snap him up before he was famous. There’s a fine restaurant, too.
scampston.co.uk, 01944 759111

Sissinghurst Castle Garden
Cranbook, Kent TN17 2AB
One of the most visited gardens in the world, this garden was made by poet and novelist Vita Sackville-West and her husband Harold Nicolson, before and after the Second World War. Her articles in The Observer made it widely known, and in the care of the National Trust it is notoriously well-maintained. It’s a marvellously romantic mêlée of lawns, hedges, flower gardens, orchard, nuttery, lime walk, a white garden (which has been copied throughout the world), and roses, roses, roses . . . it is the acme of English 20th-century gardening.
nationaltrust.org.uk/sissinghurst-castle-garden, 01580 710700

Stowe
Buckingham MK18 5EQ
Perhaps the most important of 18th-century landscape parks, full of allusion to the feuds around contemporary Whig politics. Many of the great landscapers worked here and it’s where Capability Brown got his first major commission. You may instantly recognise Stowe’s palladian bridge, but perhaps not its triangular gothic temple. The National Trust has put huge funds into researching and repairing the garden and its 40 temples and monuments. At its core is the grand colonnaded mansion, the home of Stowe School.
nationaltrust.org.uk/stowe, 01280 817156

The Trentham Estate
Stoke-on-Trent, Staffs ST4 8JG
One of the greatest and grandest 19th-century parterres, Trentham has been given an expensive makeover. The parterre itself has been remade by Tom Stuart-Smith and his contemporary planting of perennials manages to pull together the whole enormous space. Alongside it is a more informal new garden, by Piet Oudolf, of serpentine grasses and perennials tall enough to hide in. Commercial, but superbly well done.
trentham.co.uk, 01782 646646

Tresco Abbey
Tresco, Scilly Isles TR24 0QQ
Everyone should go to Tresco at least once. It has perhaps the mildest climate of any garden in the UK and, boy, does it show. Palms touch the sky, the vicious rosettes of agaves reach an enormous size, echiums and succulent aeoniums sprout from every cranny, and in the woodland rides of the shelter belts. the commonest weed is the hairy, peppermint-leaved geranium. It’s an English garden but planted with typically un-English plants. Get on that boat.
tresco.co.uk, 01720 422849

West Green House
Hartley Wintney, Hampshire RG27 8JB
West Green is very pretty and Marylyn Abbott is having loads of fun creating new gardens within the old framework of little lake and walled garden, and between times there is a brilliant garden opera season when apple-clad pergolas are festooned at night with swags of lanterns. Don’t miss the nymphaeum fountain and the garden of the five bridges by new classical architect Quinlan Terry: a “stream” of blue siberian irises runs as far as the eye can see. And see the alice garden. And the aviary full of unusual chickens.
westgreenhouse.co.uk, 01252 844611

Wollerton Old Hall Garden
Market Drayton, Staffs TF9 3NA
Colour is king at Wollerton, whether it’s a carpet of grape hyacinths under pleached limes or a swathe of late summer perennials. It’s brilliant and so well done. You will never have seen hollyhocks so well grown. Setting it off are hedges, immaculate domes of box, formal pools and loggias, and the prettiest, tiniest of meadows. In fact the whole thing is perfectly domestic, just right for the 16th-century timber-framed house. It’s not gardening run amok, it’s quality, personal stuff. You’ll love it. 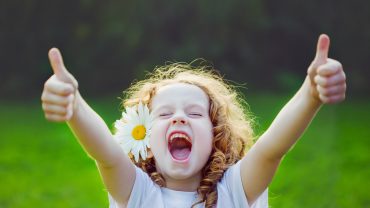