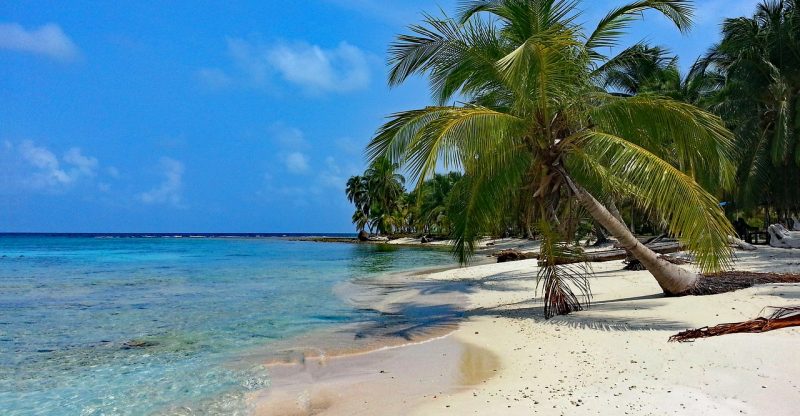 What do you know about Panama? We’re willing to bet not that much – simply because it happens to be one of the most underrated countries in the whole of Latin America. You may know about the significance of its Pacific-to-Atlantic Ocean canal, or you may have seen images of its beautiful seaside scenery – but did you know that Panama is also home to the tallest tower in Latin America, and has the fastest growing economy in the region? Didn’t’ think so. So what else makes this gem of a nation so special, you wonder? Summarising that in just ten bullet points won’t be easy, but we’ll give it a shot!

Its prime location just above the equator and on the cost of the Caribbean Sea gives Panama an unbeatable tropical climate all year around. Whilst rain and thunder can be common in the summer, you’ll be enjoying sunshine and blissful warmth for the most part. Fortunately, Panama is outside of the hurricane belt, meaning you can have the peace of mind that your stay will be free from these tropical storms.

Panama is perfectly budget-friendly, according to travel blogger Nomadic Matt. A three star hotel could cost around $70 per night in the off-peak season, while hostel dorms will cost you just $11 per night regardless of when you visit. Beer is cheap – sometimes as little as $0.50, while takeaway food from street stalls (a great way to sample the local cuisine, by the way!) will cost as little as $3. Taxi fares, meanwhile, can be negotiated. Best of all? Panama uses the American dollar – meaning no exchange rate hassle!

According to most official travel guides, Panama is one of the safest countries in Latin America. Violent crimes are uncommon, and the levels of petty theft are no worse than in many European places such as Barcelona or Rome.

If you’re a seafood lover visiting Panama then you’re in for a treat. It’s difficult to find as fresh, delicious and accessible fish as in the coastal country of Panama. In fact, shrimp and lobster are two of Panama’s main food exports. ‘Ceviche’ is an unmissable national dish, made from fish cured in citrus juice and spiced with chili peppers. It is usually served with sweet potato, corn or avocado. Another traditional dish is chicken with rice and beans.

Smoothies are popular – especially ones made with the locally grown bananas. Coffee lovers can also rejoice, as the Panamanian coffee beans are regarded as some of the best in the world. Finally, beer drinkers should try some local brands, including Balboa and Atlas. If you prefer a liquor-based alcoholic drink, then treat yourself to the sugarcane-based beverage ‘Casco Viejo’.

Panama’s nightlife is vibrant, long-lasting and sure to satisfy any party animal. You’ll find a wealth of thematic bars and clubs offering live music (usually reggae or salsa) and delicious rum-based cocktails. If you like to dance, you’ll be pleased to find that Latin dancing is a given in most traditional bars. There’s also a strong poker culture in Panama, with plenty of modern yet atmospheric casinos dotted throughout Panama City. In fact, Panama is even famous for hosting the live tournaments of PokerStars, one of the biggest poker sites in the world according to PokerListings.

If you know some basic Spanish, getting around in Panama shouldn’t be too much trouble at all. Furthermore, the majority of Panamanians have a basic grasp of English. In Panama City and other popular tourist destinations within the country, most restaurants, hotels, shopkeepers and tourist information desks will offer a wealth of information in English.

There’s plenty to see and do in Panama City – a destination truly welcoming of tourists. Most notably, the city is famed for its many water and amusement parks, marine shows, fishing tours, scuba diving school and shopping centers.

Boasting an extraordinary wildlife, there are as many as 125 animals that are totally unique to Panama, including the Coiba Island Howler and Slender Opossum. Any wildlife enthusiasts will feel right at home in the magnificent Panama rainforests, or along the country’s picturesque, palm-tree laden beaches. This is the perfect place from which to enjoy a snorkelling sessions, a romantic evening by the sea, or a sand castle day with your kids.

You’ll find many interesting museums in Panama – such as the museum of scuba diving, the cultural arts gallery and the Panamanian history museum. Of course, you’ll also have the opportunity to see the historically significant Panama Canal for yourself – a feat that required 27,000 tons of dynamite. It’s also worth visiting Casco Viejo, a historical part of Panama City that was rebuilt after having been destroyed by pirates in 1671. The beautiful quarter is now a UNESCO World Heritage Site.

The culture of Panama is truly unique, with 70% of Panama’s population being from mixed origin. There are a large number of different influences that have come to shape Panama’s culture over the years – such as the early West Indians and the Spanish – resulting in a wonderfully diverse mix of cuisine, dialects and traditions. The unusually shaped country borders Costa Rica at one end and Colombia at the other, connecting South America with its central counterpart, so it’s no wonder Panama gets the best of both cultural identities.

Do you really need more reason to visit? With summer just around the corner, treat yourself to a tropical holiday in one of the safest and most tourist-friendly country in Latin America! 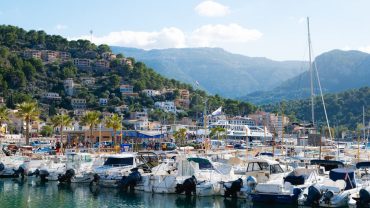